I am honoured to have received the chain of office, marking the start of my Presidency of the Rotary Club of Perth Kinnoull. Hopefully it is the start of a busy, successful and enjoyable year for the club

Our first venture of course is the Golf Day at Dunkeld on 1 September and a number of entries have already been received and paid for, but a lot of work has still to be done.

On the fellowship side we have our “Night at the Races” on Tuesday 27 July at , complete with picnics and refreshments; it should be another enjoyable night. We’re hoping for better weather this year, as last years outing had to be abandoned

Mike Massey has volunteered to do an abseil from the Forth Railway Bridge on the 1 August, courtesy of Queensferry Rotary Club –( there’s no fool like an old fool ).Good luck Mike – we’re all coming to watch 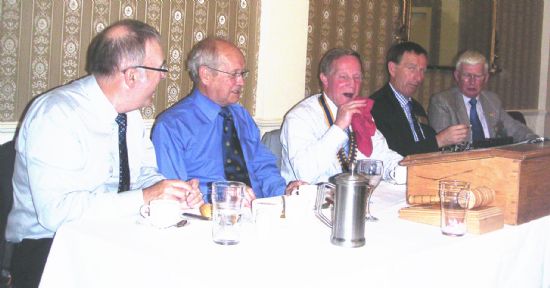 The first of the new year. And not without a few problems. The convenors

are busy working out their programmes and I have put Bob's in for this month, some schedule!  My spelling has gone awry this month, so apologies for any obvious errors. I must thank Bob for helping get the website up-to-date. It's not easy to remember everything and that kind of help is really useful to keep everything ticking. I did have another problem with the rota page. Yes, you guessed right; put the whole thing in and it wouldn't save. Well, at least I won't face that problem for another year. Enjoy the jumps at Perth and Queensferry 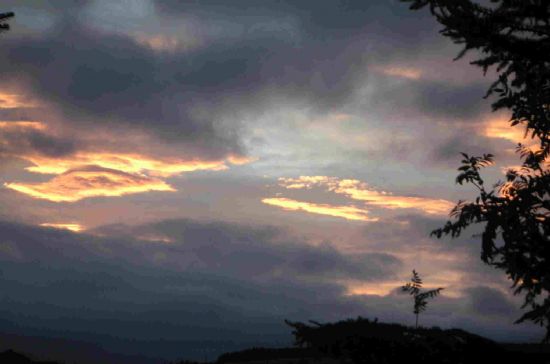 Fabio Capello was wheeling his shopping trolley across the supermarket car park when he noticed an old lady struggling with her bags of shopping. He stopped and asked, “Can you manage dear?” To which the old lady replied: “No way. You got yourself into this mess. Don’t ask me to sort it out!” 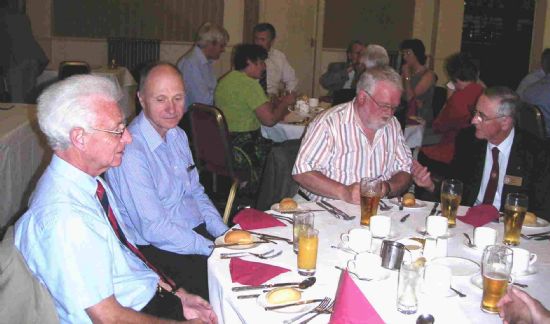 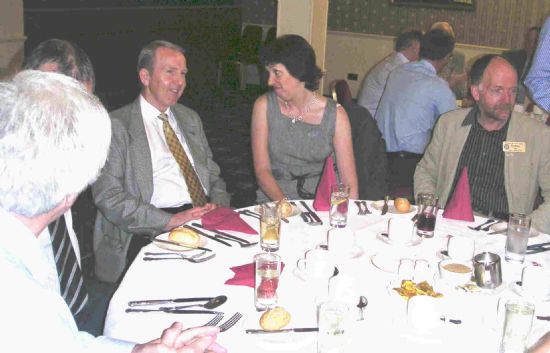 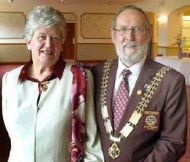 District 1010 is the second largest District in Britain and Ireland, stretching from the River Forth in the south to the most northerly part of Scotland. It includes the major cities of Inverness, Aberdeen, Dundee, Perth and Stirling as well as large historic towns like Dunfermline and Elgin and the wonderful isles of Shetland, Orkney, Lewis and Skye.

Reaching far back into history, we have houses built over five thousand years ago, Cathedrals from more modern times but still a thousand years old, a generous supply of castles and a wealth of other buildings illustrating the rich history which surrounds us at every turn.

Yet at the same time, the District stands at the forefront of modern developments in oil exploration, renewable energy and medicine – a fascinating mix of ancient and modern.

Farmers and fishermen supply us with the finest produce of land and sea and our chefs make the most of these to provide us with a culinary experience second to none. And the mountains, lochs, seascapes and clear air give us an ever changing panoramic of the wonder of nature.

There are 88 Rotary Clubs in the District, each one happy to welcome visiting Rotarians and their partners. With over three thousand Rotarians in the District, the range of events and projects which are supported is immense. The eradication of Polio, providing shelter and other essentials where there are natural disasters, providing clean water and health education are just a few of the areas of service undertaken by Clubs in the District. But it’s not all hard work; fellowship and fun are essential ingredients in all the events and projects carried out both at home and further afield

At the beginning of the current Rotary year, I was asked by DG Bill to identify a District International Literacy project which Clubs in 1010 could adopt. The project I identified is for our District to work with the Charity First Steps Himalaya. The Rotary Club of Old Meldrum has agreed to be the lead club in District 1010, linking with The Rotary Club of Kopondol in Nepal who will oversee the project. A matching grant will be applied for.

The proposal is to work with the Charity, First Steps Himalaya to establish 5 satellite community based Early Childhood Development Projects supported by the existing community health advice and parent education programme, Sangachok V.D.C, Sindhupalchok, Nepal. Detailed information of the proposal is contained in the attachment.

Our aim for phase 1 is to raise £2000 from across District 1010. If you wish to become involved in this project, please note your interest to Hilary Gordon by email: mail@hilary.org.uk

Dave Aylott gave the club a real insight into his times with the BBC. At present, Dave is the man behind Desmond Carrington's live music programme, 'The Music Goes Round' broadcast from Glen Devon at nine o'clock on a Friday night. . .

When the BBC Radio 2 series All Time Greats began in 1981, Desmond was chosen as its presenter. 23 years later, he continues to research and script all the record introductions as he broadcasts his weekly programme live from his Scottish home. The programme is a great favourite of many who appreciate the themes and styles discussed over the eveining

joined the club at the end of June to explain their roles in the Ambassadorial Fellowship while studying at St. Andrews University. Joanna, from Birmingham,  .

Andrew, from Rockbridge, Virginia,  explained how his upbringing, his studies, both in the States and on the International Relations' Course at St. Andrews' University, and his time on  the phones ('dialling and smiling'), trying to persuade Americans to vote, had shaped his personal philosophy.  It was one, he said, that chimed with that of Rotary: what Andrew called "grounded idealism".  This entails employing a pragmatic approach to humanity, by rolling up one's sleeves and doing something practical to help.

It was important, Andrew said, to try and leave the world a little better than when you found it, an attitude taught him by his parents, originally from the mid-west of America. 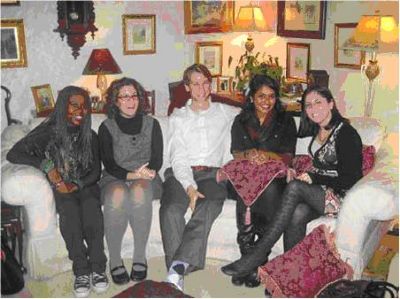 Craig Dennis spoke to the Club at the beginning of July. Craig is the Chairman of the 39th Perth Festival of the Arts, opened in the with a performance by legendary American singer-songwriter Don McLean at Perth Concert Hall. The festival programme covers a wide range of art forms and includes three orchestral concerts, three operas, rock concerts, jazz, comedy and art exhibitions. Opera is a key feature of the Festival and English Touring Opera stages such high quality productions.

Among the artists appearing at this year’s festival were controversial American stand-up Rich Hall, former front woman Sharleen Spiteri and leading satirical writer Will Self. The Ukulele Orchestra of Great Britain, the Halle Orchestra, the Royal Scottish National Orchestra and the Moscow State Symphony Orchestra will also perform.

This year’s festival coincides with 800 – the year-long series of music, art, cultural and sporting events. Craig was delighted to be part of these celebrations, and is already contemplating a 40th festival birthday party with wonderful treats in 2011.  http://www .perthfe  stival.co.uk/ 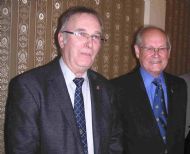 gave the Club an alternative and very personal view of America. Concentrating on Texas, he managed to insult Texans, sheriffs, fat people, lawyers and dogs within 15 minutes. All with tongue in cheek and very humorous, as seen by the laughter that evening. A truly interactive and lively talk much enjoyed by most members of the Club.  Apparently he has another talk he can give; we only hope his humorous abuse continues. 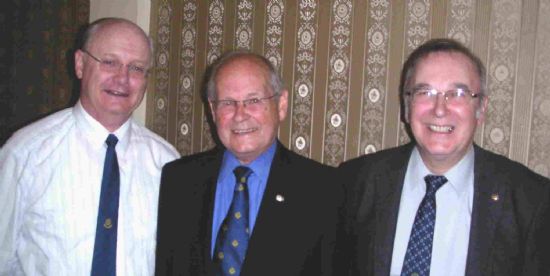