This is the editorial that I have been dreading, hence the unusual silence from me as I have tried to come to terms with reality. So often, as a member of Rotary, we have been privy to local misfortune and national disaster. Indeed, our very work is directed to these events to support those deemed as less fortunate than ourselves through no fault of their own. This is the crux of the matter for me; the vagaries of the real world. Despite all our efforts to provide and create a happy, secure environment for those we love, man and nature conspire to knock down the very bridges we are proud to construct. But, and it is a big but, we have been aware of an emotional distance between those misfortunes and ourselves. The blanket of snow has also meant more time to reflect within the confines of our personal igloos

and it is this that has brought home personal loss and emotion; the dark days of our ancestors as they watch their food and fuel stocks dwindle. In fact, nothing has changed in thousands of years, except the provision of food and fuel has become more technical but just as ambivalent, even for the wildlife. Peter provided us with a very deep reminder of personal misfortune in November while Helen brought a little of the personal emotion back from , and we can look forward to her sharing the experience next month. Nick also brought his personal insight into the horrors of being caught up in a disaster. I lost both my parents this year within a couple of months of each other and I coped because of the predictable nature of the loss; I was prepared for the natural shock. In much the same way we are prepared for the shocks of misfortune and disaster as the world is too large a place and we can rely on our hard-won preparations to bring some necessary support and comfort in peoples' lives. What we cannot prepare for is the loss of one of our own. 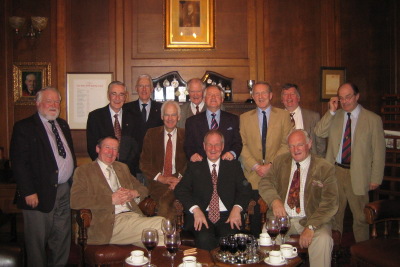 I first met Douglas Barr after a talk I gave at a Rotary meeting. I saw a large man with gentle eyes who was interested in what I had said and we chatted away for some time as he shared with me his knowledge and interest in local history. He was always ready to engage with members and guests in such a way as to make them feel important. From time to time, at future meetings, I was privileged to sit with him and enjoy his wide ranging conversation stemming from his own experiences to his interest in others; life was never dull with Douglas.

I was reminded by another member of the first time they met as young men. Douglas was in a farm kitchen feeding two lambs, his characteristic warmth and concern for his charges shining through the evening light. There are many more stories but none more so than Peter’s last meeting with Douglas on the afternoon of the 16th November this year. Douglas was clearly unwell but still showed that warmth and concern as he asked Peter to pass on his apologies for not being able to attend that evening’s meeting. Douglas will be always fondly remembered as the Father of the Club for his energy and advice, a man whose presence, as a Past President, was required for the Club to be complete. The future was always secure when he was around.

On one occasion, he lent me a precious family record but, as we missed each other at several meetings, I was unable to return the priceless item. After a while he asked if I was going to return the item which, by then, I had thought I had returned. It was nowhere to be found as others at the time will remember. In the end I had to go to Methven, cap in hand so to speak, and pass on the news. Not feeling good, I declared my fault. His response? Oh, it’ll turn up, come in a for a while; we spent a pleasant evening talking about the original Methven Castle. Turn up it did just a week later, hidden in a pile of papers, much to my relief. I shall never forget that evening when he picked me up and put me back on my feet.

At a shooting party at Dunkeld, a couple were having lessons on the art. Douglas asked if their son would like a go. The couple replied that he was blind so it would not be possible. Douglas took the lad under his wing, much like the lambs of the past, and showed him how to see with his hearing. Within half an hour, the young boy had knocked four clays out of the sky on his own. Not possible was something that Douglas was not able to accept and stands as a lesson to us all.

So I would like to say to Aileen and the family that we share your irreplaceable loss with a fondness born of experience and Douglas will never ever be forgotten. 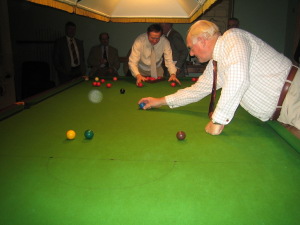 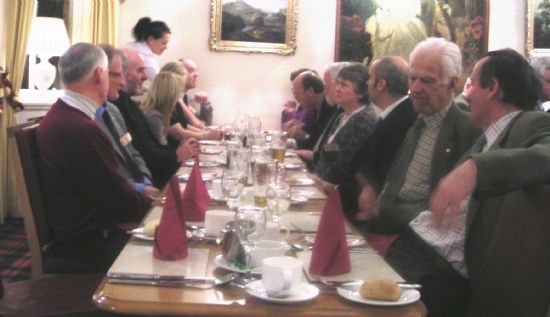 Brian Anderson -  Tools for Self Reliance

Brian Anderson, a retired submariner, gave the Club an illuminating and sensitve insight into the problems that he faced on his return to Civvy Street. He said that reacclimatising was especially difficult for his family as feelings tend to be isolated before the need to readapt. He put his  later paralysis down to these stresses although the medical diagnosis was quite clear. For seven and a half years he had no voice until he found Tools for Self Reliance, the charity that Peter has done, and is doing, so much for people like Brian. Tools for Self Reliance gave Brian a project that enabled hin to use his skills and keep active as well as serving the community. 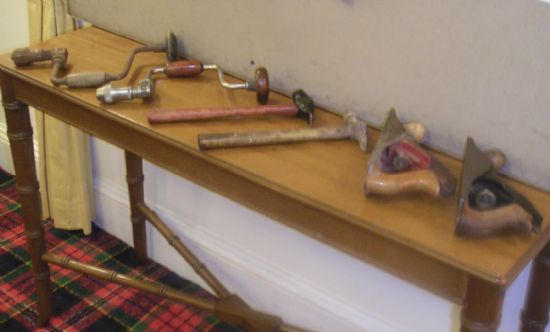 That Brian had at last found his voice was very obvious that evening and he left the Club with a lasting impression. That someone with his physical disability was able to survive and flourish is a testament to the work done by Tools for Self Reliance and, of course, Peter. 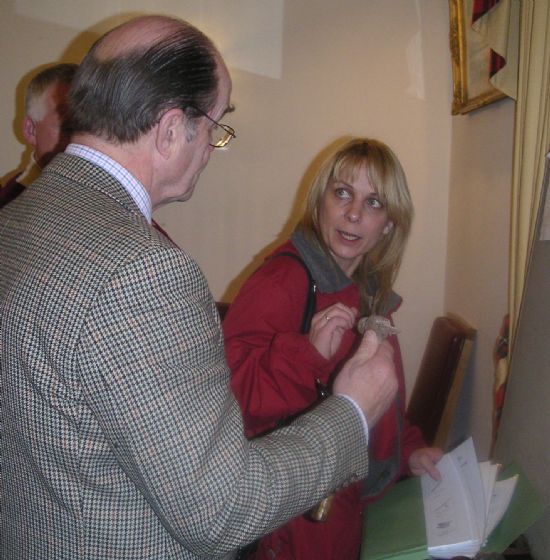 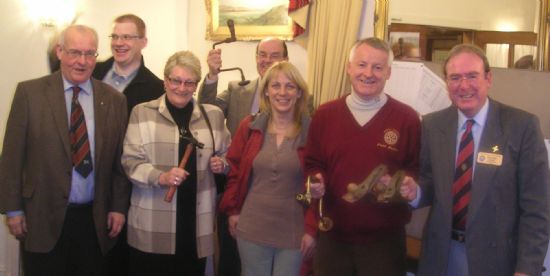 The Christmas Meal turned out to be a very special occasion. Eddie and Lorna work week in and week out to provide us with excellent meals. At this event they excelled themselves with the best Christmas meal I have had for many a year. It would seem appropriate at this point to thank you both and wish you a Happy New Year. Long may it continue.

I am still trying to work out what the speaker said that evening. Something about colour comes to mind but it was Bob's final word that brought the house down.

Helen's talk is in February so here is a taster.