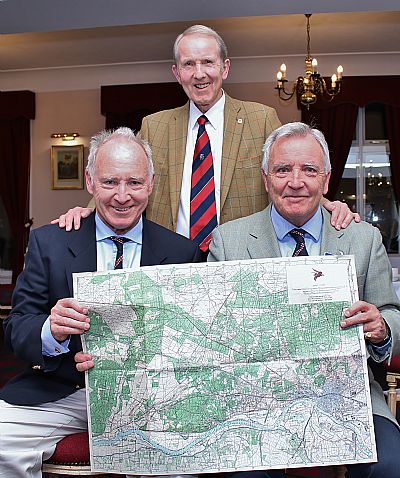 Lt Col Andy Middlemiss (Retired) a fellow Rotarian from Kinross returned to our Club as a guest speaker courtesy of Brian Raine.   By way of background Andy served in the Kings Own Scottish Borderers for 33 years including 3 Far East tours in Malaysia and Borneo.  He worked for SSAFA (the Armed Forces Charity) for 20 years 8 of which as Chairman of Perth & Kinross Branch.  Additionally Andy led 4 KOSB tours to the World War 1 battlefields and is not long back from his Arnhem one.

In the absence of slides Andy, ably supported by his brother Paul, delivered a detailed and informative lecture on the World War 2 famed Arnhem operation codenamed “Market Garden”.   Aptly the event took place 75 years ago today.   The controversial allied initiative in September 1944, which saw some of the war’s bloodiest fighting, claimed the lives of more than 1500 British soldiers and saw nearly 6,500 captured.

About 35,000 British, American and Polish troops were dropped behind enemy lines in a bid to capture 8 bridges on the Dutch and German border and open up an attack route for allied forces.   Prolonged fighting in and around the City of Arnhem was depicted in the 1977 film “A Bridge Too Far”.