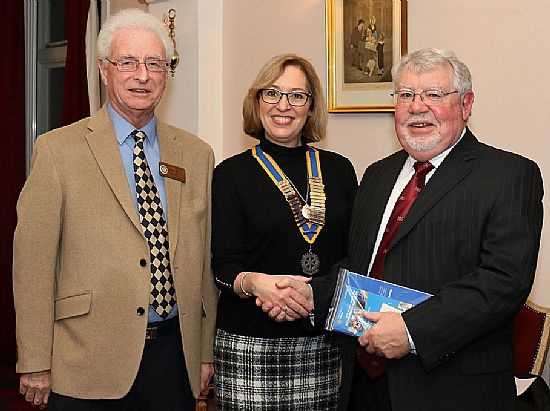 Ron McClelland, one of our newest members, gave the Club what he referred to as his ‘hard task’. It turned out to be a flowing and enjoyable job talk.

Ron began his work in September 1962 when he joined the Fire Dept of the General Accident in Perth. This was a temporary measure on his part as he intended to train as an excise officer. Fate had other ideas as he remained at the General Accident but transferred to the Accounts Department to convert the old handwritten ledger system to a Computer Data Processing Program. This kept him busy for a couple of years visiting many General Accident branches in Scotland and England.

His transfer in 1966 to the Shrewsbury Branch of General Accident in charge of the Accounts Department coincided with his marriage to Sandra who also worked in insurance. Ron explained how he remained with accounts but moved to Croydon in 1971 which kept him occupied for some twelve years. Further moves to Maidstone and then Putney with administration management kept him busy until General Accident closed the London branches and relocated to the New Technology Park in Dundee.

Ron and Sandra said goodbye to their house on Epsom Downs and were relocated as he was appointed Personal Lines Claims and Undertaking Manager at Guildford. His opportunity to take early retirement in 1999 allowed the family to travel and Ron to exercise his passion for golf. It was only natural that he would eventually return to Perth, his birthplace, in 2010 and settle finally in his retirement.

John Steven thanked Ron for his flowing talk, adding that it was always good to find out details about new members. John welcomed Ron fully to the Club and wished him an enjoyable and fruitful time. 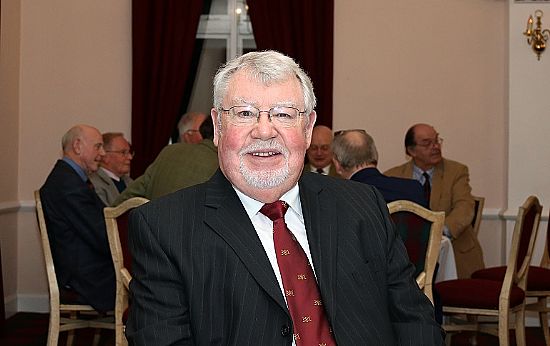