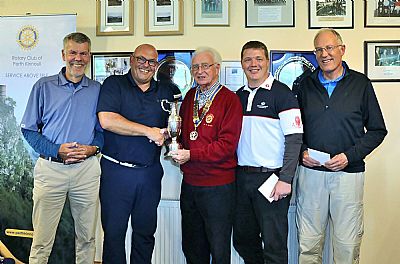 The team from Hardies Property & Construction Consultants won the Strathallan Trophy in the Team Golf Tournament on 4th September at the  Dunkeld & Birnam course. 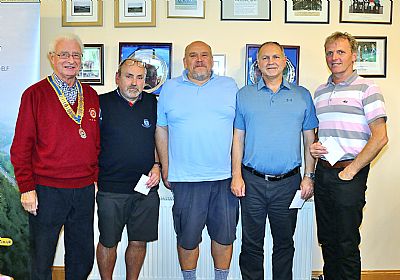 The EFT Finance team were the winners of the Team Ball competition with a score of 77. 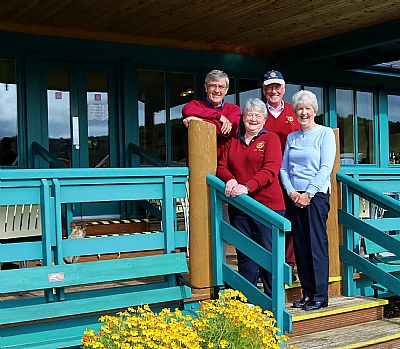 Willie Monks, Bob Abernethy, Janet Simpson and Catherine Monks take a well-earned break at a quiet time (for them) during the afternoon. 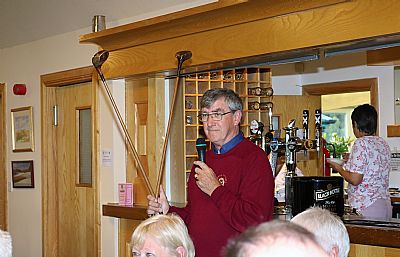 Willie Monks auctioned the hickory shafted clubs which were donated by John Cormack and refurbished by Brian Johnston.

The auction raised £60 and the clubs were purchased by Mike Paton (right).. with colleague George Brown.