26 November 2019
Reflections of a Primus 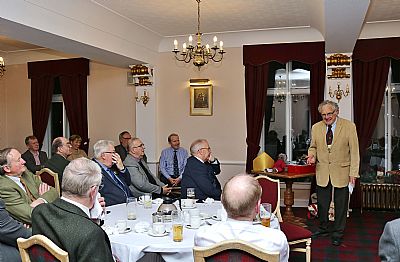 Bruce Cameron expanded this week on the job talk he gave to us in August 2017, shortly after his arrival in the club.

He told a sometimes sad but mostly very amusing and entertaining story of his visits around the world including trips to Eastern Europe, the Middle East and Africa including  South Africa, Malawi and Mozambique.

He met many world-renowned personalities on his travels and let us see some of the gifts he had received as mementos of his visits with Yasser Arafat in Gaza and Archbishop Desmond Tutu in South Africa. 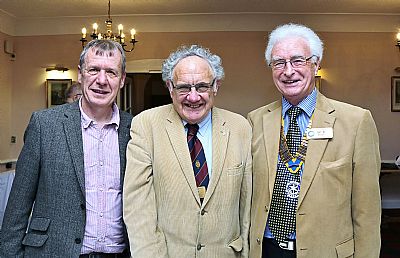 The photograph shows Bruce (centre) with President Ian E Brown and Brian Johnston who thanked Bruce for sharing his experiences with us.