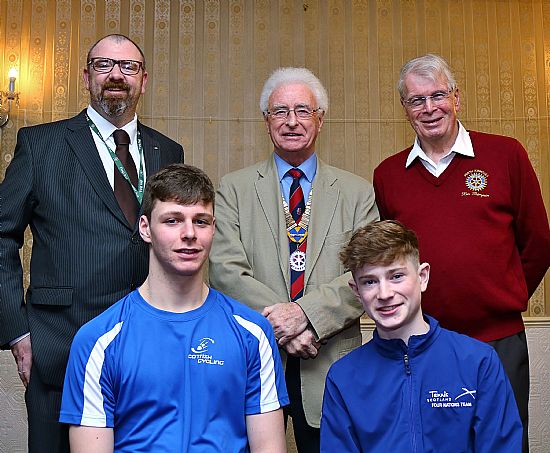 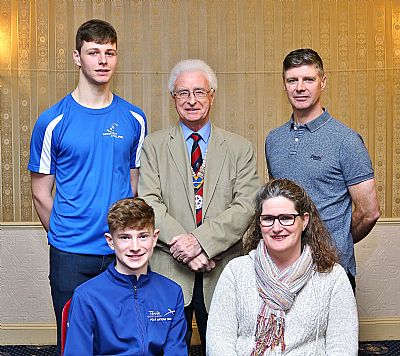 Aaron King, pictured along with his father Jim (on right), was until recently a pupil at Perth High School.

He is currently part of Scottish Cycling's Junior Performance Squad and represents Scotland in track and road cycling events.

Now aged 17 years he is ranked  2nd in Scotland in his age group and is looking forward to a busy season of improvement and victory in his travels around the United Kingdom and Europe.

President Ian presented Aaron with a cheque for £500 to assist with the huge travelling costs involved in his pursuit of success in the coming year.

Alexander English, accompanied by mum Judith, is a student at Strathallan School and is making great progress in the world of tennis.

Still only 13 yrs he is ranked Scotland's number one in his age group and has already represented his country in 2018 at the 4 Nations Championships.

He plans to travel to many parts of the United Kindom in the coming year, competing in various national and European events, and to help with his many costs he was also presented with a cheque for £500 by President Ian.

We hope that Aaaron and Alexander stay fit and safe in the coming season and wish them every success.