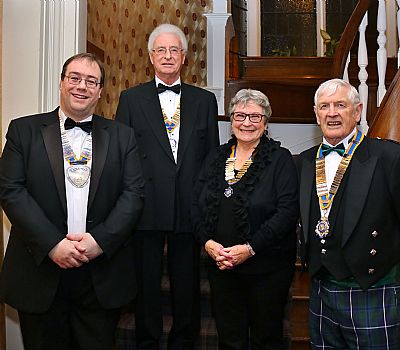 Our Presidents Dinner, held on Friday 13th March at the Royal George Hotel, raised in excess of £4,600.

Thanks are due to everyone involved in organising the event and to all those who contributed in any way during the evening.

Guests included the presidents of the two other Perth -based Rotary Clubs and the President of the Inner Wheel Club of Perth.

The evening's speakers were the Very Reverend Dr James Simpson, who proposed the toast to "The Rotary Club of Perth Kinnoull" and Sheriff Lindsay Wood who replied on behalf of the guests. 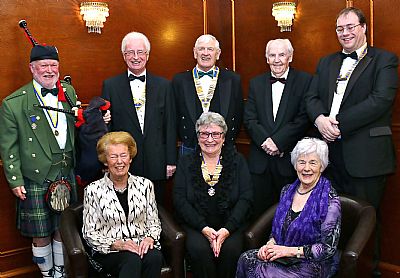