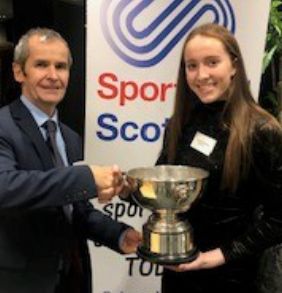 Having supported SportsAid Scotland for nearly 20 years, it was a great pleasure to welcome its Chief Executive, Roddy Mackenzie, as our guest speaker tonight. Roddy was appointed CE in October 2015 after more than 30 years as a freelance sports journalist where he covered a wide range of sports for all the National newspapers including football, athletics, badminton, volleyball, American football and speedway.

He advised that SportsAid Scotland was an independent charity formed forty years ago by Raymond Miquel, the then Managing Director of Bell’s Scotch Whisky with its HQ here in Perth and David Stevenson, an Edinburgh businessman who had represented GB in the 1964 Olympics and Scotland at the Commonwealth Games in 1962, 1966 and 1970 as a pole vaulter.

He indicated that SportsAid provide financial support to young athletes aged 12 to 22 and para athletes of any age. Their main source of funding came from the Robertson Trust who supply 85% of their income, David Stevenson and a number of smaller donations from various sources such as ourselves at Perth Kinnoull. Scottish Sports National Governing bodies submit applications from potentially successful athletes for consideration of an award which currently can be from £300 to £1,000. 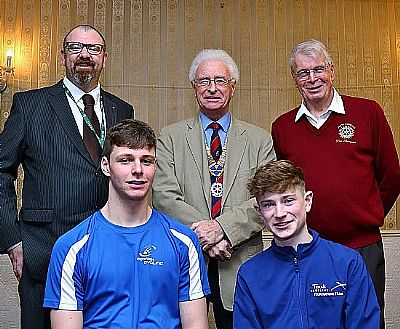 Roddy was delighted to advise that this year they were able to support all applications received giving 267 grants covering 30 sports totalling £143,900. He added that unlike England where each award is matched by Sport England, this is not the case in Scotland.

Roddy was keen to point out that over 70% of Scots who took part in the 2016 Olympics in Rio had received support from SportsAid. Also, Team Scotland won a record 44 medals at the Commonwealth Games in 2018 of which current or former SportsAid supported athletes had won 29 of them. He reflected that even the great Sir Chris Hoy was grant aided as a talented teenage cyclist and the rest, as they say, is history!

In concluding, Roddy indicted that the charity faced a number of challenges going forward the main one being that the Robertson Trust were withdrawing their support over the next few years leaving a huge financial hole to fill. Proposing the vote of thanks, Ken Thompson hoped the club would continue to support SportsAid Scotland and even invite Roddy to The Royal George Hotel  for some proper hospitality at a future cheque presentation.