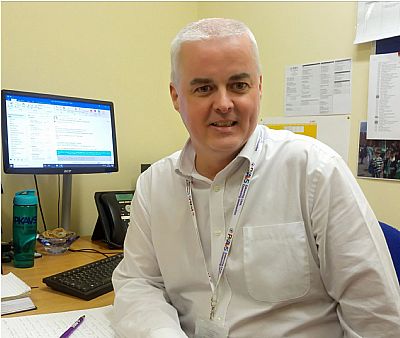 I love my job and look forward to Monday mornings, unlike some! These were the opening remarks by our guest speaker tonight, Raymond Jamieson, who is the Carers Hub Manager of Perth & Kinross Association of Voluntary Services (PKAVS).

Having been in the banking sector for a number of years, Raymond advised he felt he wanted a complete change and enrolled at Perth College in 2006 to study for a degree in social work. He then joined PKAVS some twelve years ago working in various roles including his current one for the past five and a half years. He explained that PKAVS is a local charity set up in the 1970’s to help people living in Perth & Kinross including support for unpaid carers, people recovering from mental illness and minority communities all of whom are facing daily challenges.

He said their vision was “To improve the quality of life for people in Perth & Kinross through the provision of direct service delivery and to act as a catalyst for the positive development of the voluntary sector”. There are a number of hubs of which he manages the Carers one and these are split into age groups, 5 - 15 with 355 young carers, 16 - 24 with 116 young adult carers and age 25+ with 964 adults, a total of over 1,400 unpaid carers the youngest being 5 and the oldest 97! He added that on average, there are 60 new references across all services each month. 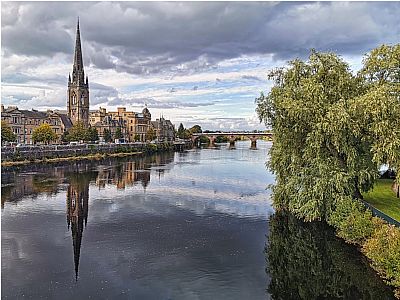 Raymond then gave some examples of support they gave with young carers being offered weekly respite groups during school term such as training for the Duke of Edinburgh’s Award scheme and day trips with residential breaks being held in the school holidays. Later this month there is a full day Carers Connect Virtual Conference which will highlight the support that is available to all carers. Complimentary therapies, with up to twelve vouchers, are available to appropriate carers although due to the current restrictions, a number of these have had to be virtual. There is a well used telephone befriending service where PKAVS receive an average of 200 calls each week.

As we approach Christmas, Raymond advised they normally give out kindness bags to both male and female carers containing “goodies” and provide gift vouchers to the young carers allowing them to buy items in specific shops. Unless something dramatic happens, the usual parties and ceilidh will not be held this year which is a great shame. Looking to the future, like everyone else, he didn’t know what lay ahead but it most certainly would be challenging!