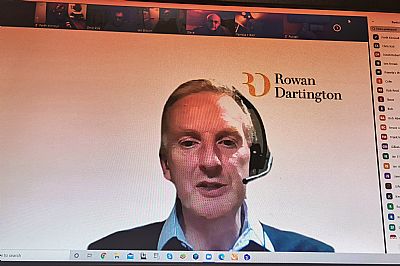 The world of financial management, stocks & shares and global economy were the subject matter of tonight’s talk by David Robertson, Investment Manager of St James’s Place Discretionary and Stockbroking Services. David has now worked in various roles of financial services for over 33 years including Martin Currie Investment Management, the London Stock Market’s Regional Sales Manager for Scotland and Ireland, Institutional Fund Manager at Standard Life and as a Portfolio Manager covering Asia for General Accident (now Aviva) here in Perth.

He showed a number of slides to illustrate how the global economy had been affected over the past year mainly due to the Coronavirus pandemic. Virtually all markets took a huge hit in the early part of the year due to the virus spreading like wildfire but from April onwards, both the Chinese and US markets increased sharply. The UK market has lagged behind due to the uncertainty of the outcome of Brexit. 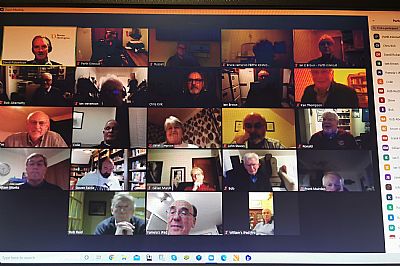 David gave examples of major companies which have benefited from the current circumstances such as Apple, now valued at $1.7 trillion, Amazon at $1.6 trillion and Zoom at a mere $113 billion! He added that Apple were so powerful that they just buy out any company that is a threat to them and that Amazon was now by far the biggest online retailer in the World.

He highlighted the major factors that are currently driving the markets such as the US Presidential election, the discovery of Covid19 vaccines and Brexit. The “Biden Effect” has pushed up most global markets especially in the oil industry as President Elect, Joe Biden is anti-fracking. On the announcement regarding the discovery of a vaccine for Covid, the markets shot up although in some areas, the Brexit situation is still having an effect.

In conclusion, David said that many companies and organisations had greatly suffered from the impact of the pandemic but it was not all doom and gloom. He felt the worst was now behind us and after Covid and Brexit, he was optimistic there would still be ways of making money!