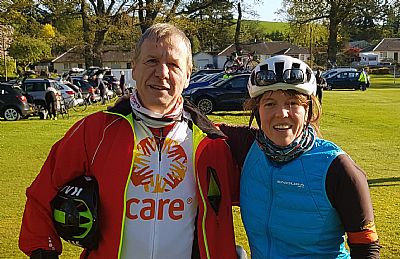 It just seemed quite appropriate that we had a record number of members and guests attending tonight’s meeting to hear the talk given by the cycling world record holder, Jenny Graham! Jenny, of course, is the fastest woman to circumnavigate the world unsupported entering the Guinness World Book of Records following her outstanding achievement. She was the Club’s Ambassador for our very successful Tayside Cycle Challenge in May last year which she kindly described as the best event she had attended and had thoroughly enjoyed the day.

Describing herself as just a normal young girl growing up in a housing estate in the Highlands, she only really got into cycling in her twenties .... and found the training very hard! She worked for 15 years in Social Care and especially enjoyed spending time with young people, getting them outdoors, which she felt brought the best out of them. 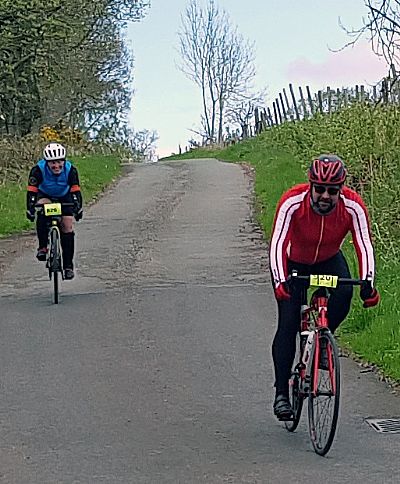 Fast forward to June 2018 and setting off from the Brandenburg Gate in Berlin, Jenny cycled across four continents and 15 countries including four flights and one boat trip clocking up 18,500 miles before arriving back in Berlin on 18th October. Only the third lady to attempt this challenging endurance feat, she broke the previous world record by an astonishing 20 days in a time of 124 days, 10 hours and 50 minutes.

Jenny went on to talk about The Adventure Syndicate which is a not-for-profit organisation who use the inspiring stories of women adventuring by cycling to encourage their audience to push themselves beyond their perceived limitations. Schools are one of their most important target areas and they have a mission statement that reads “get schools excited about riding bikes”. They have developed an app, “Match the Miles”, where the pupils could cycle either locally or further afield and try to match the miles completed by Jenny and her colleagues.

Giving an example, Jenny and three other endurance cyclists set off from Bristol to the South of France aiming to cover 100 miles each day for a week. Meanwhile, the pupils from a number of schools were trying to match the miles with their cumulative total using this app. Next year, the Syndicate are planning four Match the Miles challenges where youngsters will be cycling to locate the source of four of Scotland’s main rivers whilst engaging with nature.

At the end of a most interesting talk, Jenny happily answered questions on the Syndicate and her record breaking round the world feat. In response to what were the highs and lows of the epic journey, she said the challenge of how far she could push herself for the former with horrendous weather, fatigue and sleep deprivation for the latter! In conclusion she added, it took me about a year to recover - I think we can understand why!