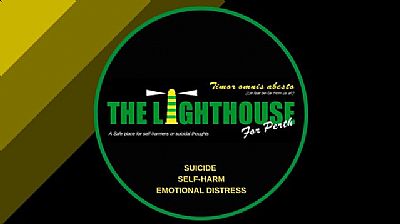 Prior to tonight’s meeting we were advised “that some details of the talk will be upsetting” and how true that proved to be. Our guest speaker was Sharon Thomas who is the Manager of “The Lighthouse for Perth” who gave a most passionate and emotional insight into the work she and numerous volunteers carry out. When introducing her, President Chris advised that Sharon was a trained psychologist who then moved into banking before returning to psychology, taking up her current position in 2019 when the Lighthouse was set up.

Sharon said the charity was a non-profit organisation for people in crisis throughout Perth and Kinross. They offer support to anyone aged 12 or over who is struggling with their mental health or emotions. This includes people who are having thoughts of self-harm or suicide, or who are finding themselves in emotional distress or crisis. 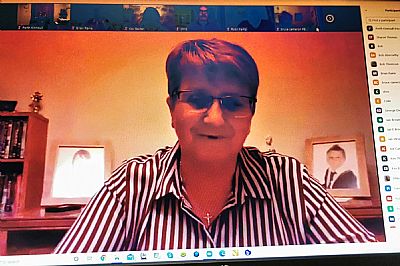 Their aims are to:-

Provide a listening service to support people with self-harming behaviours and suicidal thoughts.

Provide a safe space for people who are at a crisis point or who have thoughts of self-harm or suicide.

Ensure that those in crisis preserve their dignity and promote contact between organisations and mental health services.

Promote awareness around mental health, in particular self-harm and suicide.

Their premises are situated in St Paul’s Square in Perth which has a number of bedrooms for clients who require overnight accommodation, as well as receiving counselling. Gleneagles Hotel recently donated good quality bedroom furniture to augment the refurbished former hostel. Last year, our Club gave a generous donation to enable the purchase of two leather chairs for one to one counselling which can be quickly sanitised during the current pandemic.

Initially, the Lighthouse volunteers manned the phones overnight each Friday and Saturday but, since last summer, this has become a daily task due to the huge increase in people seeking help. Unfortunately, many of those most affected are school children and the charity is in touch with all schools in Perth and Kinross. Having been running for just over a year, they sadly lost their first client at the beginning of January. Although not a client, the disappearance and death of a 16-year-old Kinross High School student last week generated numerous phone calls from other teenagers with severe mental health problems.

Sharon advised that this tragedy has resulted in a further 6 volunteers joining the team which now numbers over 20 and that they have given more than 500 hours of support in the past year. There are currently 8 clients needing one to one counselling as well as a number of online sessions. They also provide support for Andy’s Man Club, the Woman’s Wellbeing Club and families who have lost someone.

In conclusion, Sharon sincerely thanked Rotary for their support to date and hoped that it would continue going forward. From the reaction of the members, it appeared there was consensus that the Club would wish to offer help in the future whether that was financial, assisting in the garden or preparing the bacon rolls on a Friday morning, once restrictions were lifted!