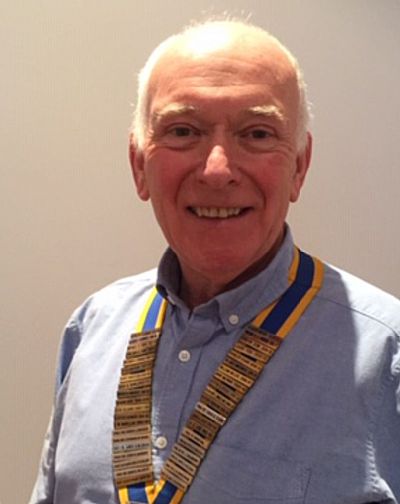 It was with great pleasure that we welcomed two special guest speakers to our meeting this evening - the Presidents of the other two Perth Rotary Clubs, Shona Weir of Perth St Johns and Joe Cairns from Perth. In welcoming them, President Chris advised that the three clubs had been in regular contact during the lockdown to exchange ideas and he was delighted that they had agreed to speak with us at Perth Kinnoull.

As Perth was the senior club by far, having been chartered in 1917, Chris invited Joe to address the meeting first. He advised they currently had 59 members with a few in line to join once the lockdown restrictions were lifted. He explained he only took up his appointment on 1st January as the 2020/21 President Elect was unable to take up the position and due to work commitments, he was unable to step up immediately. However, an acceptable solution was agreed with last year’s President, Gordon Hay, continuing for a further six months with himself also doing an eighteen month tenure from the beginning of this year.

Joe advised they continue to engage with members via zoom and produce a weekly newsletter with many articles written by members. They meet at lunch time on Thursdays although they introduced a monthly breakfast meeting some time ago. In addition, they have recently been holding an informal monthly evening meeting inviting a “major speaker” and encouraging members to bring partners, with drinks to hand of course! This has proved to be very popular.

As with most clubs, fund raising has been extremely difficult during the pandemic but they put out an appeal to members which has proved very successful. They have a “bonus ball” competition charging £5 per ball and a weekly prize of £50. This has enabled them to support 5-6 charities over the past few months including “The Lighthouse” which all three clubs have been involved with. It is hoped their charity golf day, postponed twice, will be able to take place in August. 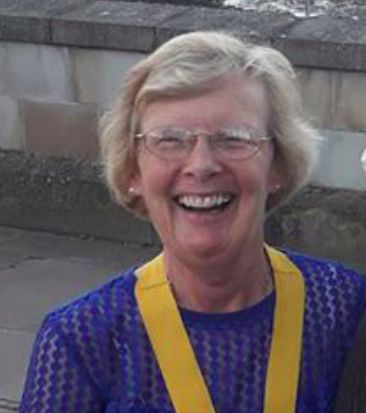 President Chris then invited Shona to address the meeting and to give an insight into what was happening at Perth St Johns. Shona said they had 17 members with 9 male and 8 female and met at lunch time each Wednesday. They try to keep their meetings more informal but, interestingly, they have had better attendances at the zoom meetings than physically prior to lockdown, including one member currently in Thailand! However, they all miss the fellowship and “chitchat” but it has made them more business focused.

They have reviewed the governance of the club and reduced their committees from three to two groups but all members get involved in major projects. Also, they have paired down the numbers on Council. When the lockdown started, they asked members to donate their lunch money to raise funds which they happily agreed to do enabling them to support various charities, such as “The Lighthouse”. In addition, they were able to obtain and sell designer face masks which raised £500.

Over a number of years, St Johns have run the very successful Primary Schools quiz which has had to be cancelled due to the pandemic. Shona advised they intended to try holding it by zoom this year but due to the ongoing uncertainty of when schools were returning and the extra work required by teachers, they felt it best not to pursue this. Going forward, they are looking at holding a virtual pet show and a virtual exercise challenge and have formed a social media group, which is proving very successful. A few other ideas are being considered with how to retain and increase membership high on the agenda.

Both Presidents expressed their desire to improve the public image of Rotary in Perth and hoped that all three clubs could continue to work together for the benefit of many deserving causes and charities both locally and internationally.