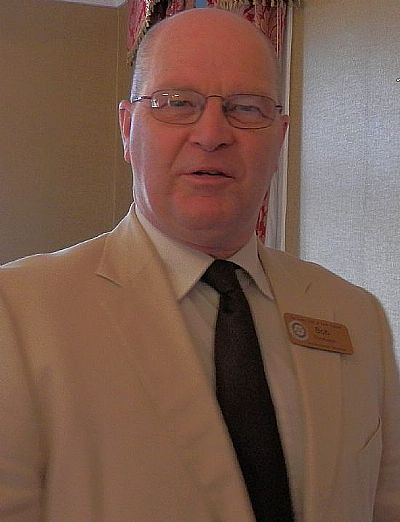 It was a pleasure to welcome a number of members from the e-Club of Innovation to our meeting tonight, including our own Bob Thomson. Bob explained that when he required leave of absence due to other commitments which clashed with our Tuesday evening meeting, he still wished to  retain his contact with Rotary. Knowing there were a number of e-clubs operating within the UK, he googled a few and joined the e-Club of Innovation.

Bob then introduced Martin Brocklebank, who is the Secretary of the Club, to explain how the club is run and to highlight some of their activities. Martin advised the club was chartered on 19th May, 2014 and was originally called the e-Club of East Anglia with a membership of 33. After an initial dip, the current membership now stands at 46 with members located from all round the world, as was seen tonight with one member joining us from Alicante and another from Illinois! Due to the global interest, it was agreed to change the name of the club to its current one.

On accessing the webpage, the heading reads “WORKING VIRTUALLY FOR A BETTER REALITY” and Martin said the club was involved in “real projects and real fellowship”. He further explained the club was suitable for Rotarians who couldn’t attend a normal meeting, including those who were time sensitive or cost sensitive i.e. no meal, or those who wished to engage with the wider community. Also, the club has a number of disabled members who may find it difficult to attend Rotary otherwise. 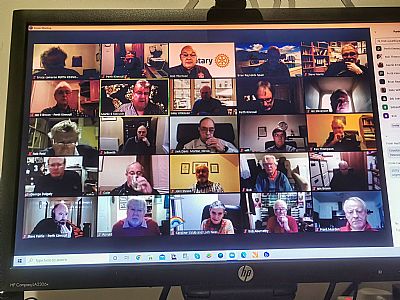 The governance of the club is different in that all members are “council members” although they have a Board to oversee the finances as well as a Secretary and Treasurer. Their age group is from 19 to 82 and they communicate with their members using various methods including zoom, facebook and intranet. There are no real set times for meetings except when they have a guest speaker. Martin alluded to their current President joining a meeting from the bar in an Airbus, 41,000 feet over Iraq - as they say, the sky’s the limit!

He advised they do their Rotary service as individuals, with other clubs, clusters or as a whole club worldwide. They have refurbished a Scout hut, collected spectacles for overseas and raised funds by running marathons, bike rides as well as holding an online jewellery sale, a virtual dog and cat show and a virtual treasure hunt.

In conclusion, Martin showed a video entitled “Dare to be different” and encouraged us to “try something different - give it a go”! In proposing the vote of thanks, Bob Reid reiterated Martin’s sentiments and said his talk gave us all food for thought going forward.