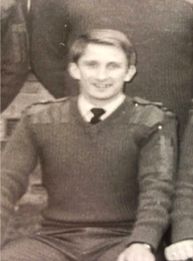 We were delighted to welcome David McEvoy from Perth Rotary Club to be our guest speaker this evening. Having joined Rotary some 18 months ago, he had recently given his job talk which he had been asked to repeat to the Kinnoull members tonight.

David started by saying he was born in Moodiesburn, Glasgow and joined the RAF police at age 17. His first posting was to RAF Honington in Suffolk then Rheindahlen, Monchengladbach in Germany which he described as a dream posting. Apparently, there were 56 bars and over 2,500 single women in the camp - just can’t understand what he was referring to! He spent three and a half years there in the traffic police before returning to Scotland.

This posting was to Pitreavie Castle near Rosyth where he specialised in counter intelligence and became involved in the protection of the Royal family and VVIP’s on visits to Scotland. David related one or two stories involving some of the Royals including when Prince Philip didn’t wish any protection and overseeing a quickly erected toilet in case Prince Charles required to use the facilities! He advised that Princess Anne was the most personable member of the Royal family he had met and he did mention who in his opinion was the most, shall we say, awkward! 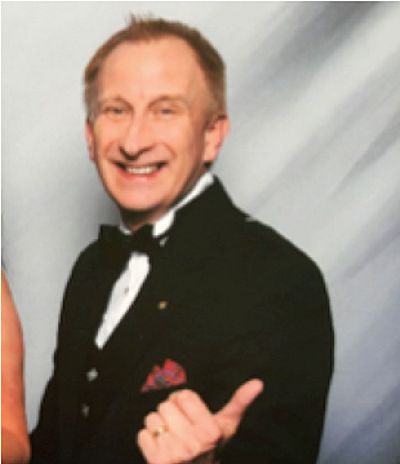 In 1989 when a passenger in a car, he was involved in a major accident leaving him with a broken back and being invalided out of the RAF. He then joined Scottish Hydro/SSE in Perth and after sorting out a stock loss problem, took over another couple of departments. Due to reorganisation, he was required to apply for his own job which he subsequently didn’t get. Having been head hunted for another department, the company changed direction and he was made redundant at age 54.

David has kept himself busy in retirement being involved in a number of activities on a voluntary basis such as assisting Praveen Kumar of Tabla Restaurant set up his frozen food business, job coaching for kids and helping disadvantaged people to complete application forms for entitlement  benefits. In conclusion, he said he was really enjoying his time with Perth Rotary Club and looked forward, as we all do, to getting back to some sort of normality when we are able to physically meet up again.