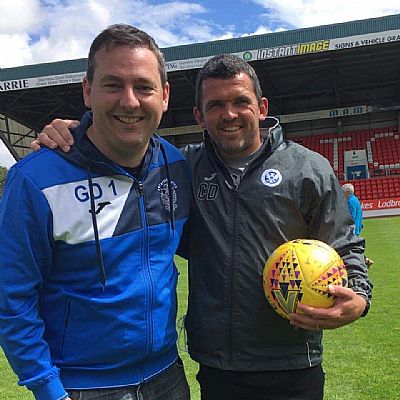 Tonight, we were delighted to welcome Graeme Doig who is the Branch Coordinator of Perth & Kinross Disability Sport (PKDS) as well as the Regional Development Manager of Scottish Disability Sport.

Graeme advised he was previously Assistant Manager at Tesco’s Crieff Road Store in Perth until 2018 but when the opportunity arose, he took up the PKDS role which he said, he loves. He intimated that PKDS was set up in the late 1990’s and became a registered charity in 2002. They lead in the development of sport and physical activity in Perth & Kinross for people of all ages and abilities with a physical, sensory or learning disability.

Perth & Kinross is a large area with many small rural communities which poses a number of challenges. As a result, PKDS created its own development plan detailing how they hope to achieve their goal of making sport and physical activity available to anyone regardless of ability. They now have 48 weekly sessions in over 30 locations covering numerous sports. 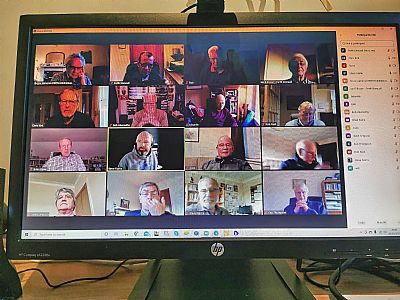 Graeme stressed that they are committed to no cost participation as there is a correlation between poverty and disability and they wish to eliminate any financial barrier. One example was the setting up of the Perth Eagles Wheelchair Sports Club in 2019 where specially adapted chairs can cost up to £26,000. Participants can take part in wheelchair basketball, badminton, tennis, rugby, rounders, boccia and many, many more. They try to match the person to the sport which suits them best.

Graeme was very pleased to advise that they now have 5 - 6 athletes who are on the National list in various sports. It was noted that we in Perth Kinnoull had supported one of these athletes, Ben Leitch, a couple of years ago who is in the GB wheelchair basketball squad hoping to go to the Olympics in Tokyo later this year as well as representing Scotland in the Commonwealth Games in Birmingham next year.

In conclusion, Graeme said they try to engage with the community and work in partnership with Active Schools, Live Active Leisure, Perth & Kinross Council and a wide range of sports clubs amongst others.