Andy's Man Club was set up in Halifax on the 30th September 2016 by Luke Ambler and Elaine Roberts after the devastating loss of Elaine's son and Luke's brother in law, Andy Roberts, from suicide in April that year. Within a week the first meeting took place where 9 people attended and now there are 55 Andy's Man Clubs across the UK where around 700 people regularly take part in a peer to peer support group where men share their issues and can find help from within the group. The profile of the organisation is growing and supported by people from all walks of life including high profile sportspeople and Hollywood celebrities.

Alex's presentation was harrowing at points but was nonetheless excellent and some truly shocking information imparted. Suicide is the number one cause of death in males between the ages of 18 and 45 and over 4,500 men choose to take their own lives in the UK every year. That is one every 84 minutes. One is one too many.

Alex also shared with us some history of his own mental health including a time in his life where he may have taken his own life but for a phone call from his daughter that brought him back from the brink. A truly brave thing to share.

Of the 55 clubs in the UK, 2 are within prisons and Alex was instrumental in setting up the one in HMP  Perth, where he worked as a prison officer until late 2020 when he left due to health reasons but allowed him to work full time for Andy's Man Club, for which he has been involved with for some time before, as a Product Development Manager for Scotland.

Andy's Man Club Perth meet at The Neuk, 18 St Paul’s Square, Perth, PH1 5QW every Monday from 7pm to 9pm and is open to every male over the age of 18. 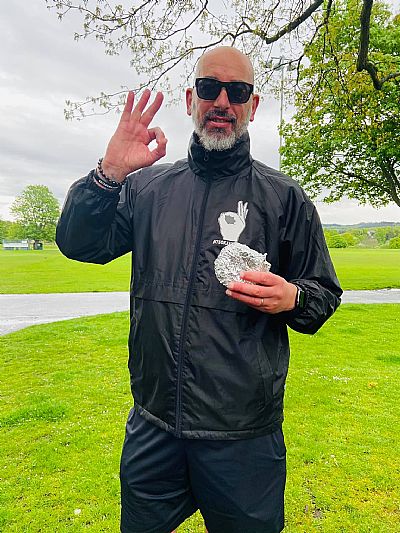