We had our first real "post-Covid" fundraiser on Wednesday 1st September when we had out ever-popular foursomes golf competition at Dunkeld Golf Club.

A total 12 teams of 4 teed off after coffees and rolls on what was a glorious late summer's day with the Hardies Property team being the overall winners.

Other winners were Wattie Barbour who was closest to the pin, the Dunkeld and Birnam team won the team ball and our own Bob Reid who was the nearest line.

Thanks to everyone involved who helped raise a grand total of £1,922.86.

Pictured are the teams who took part and the trophy winners. 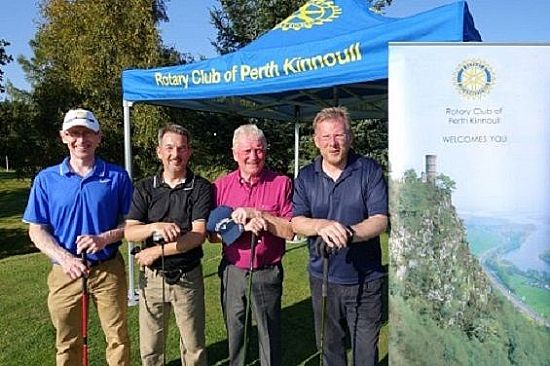 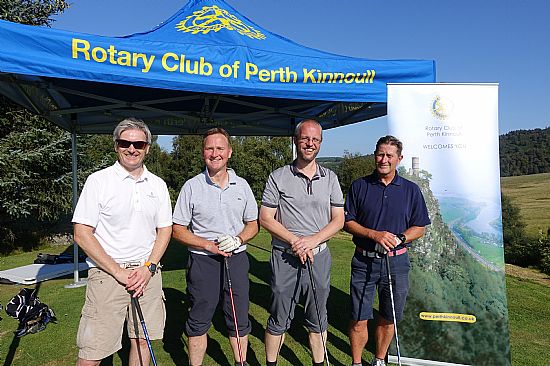 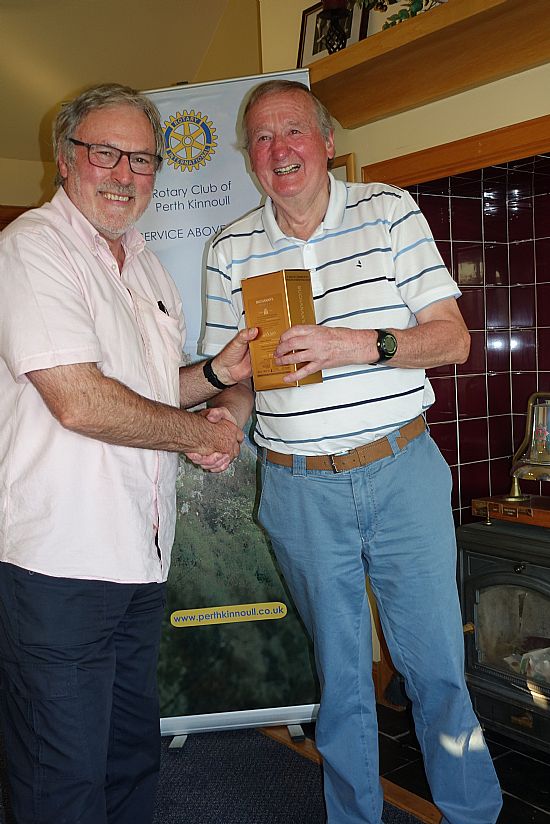 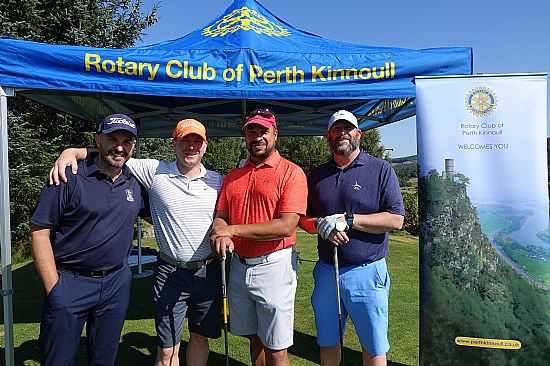 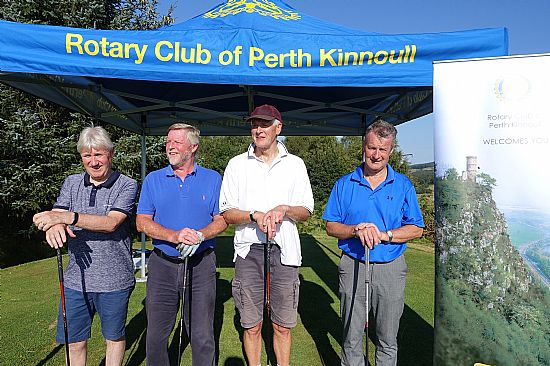 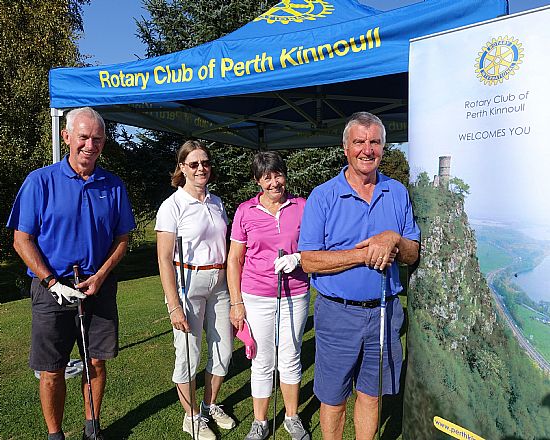 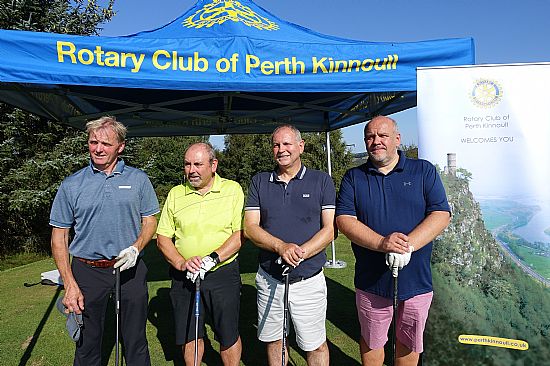 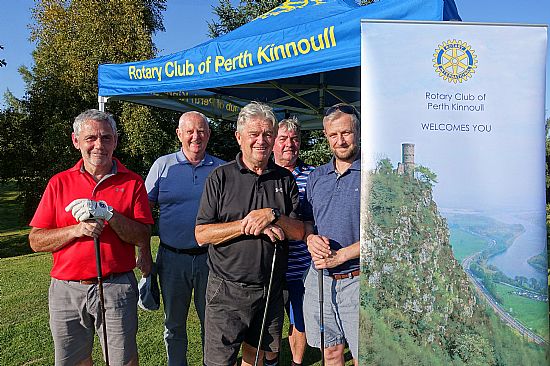 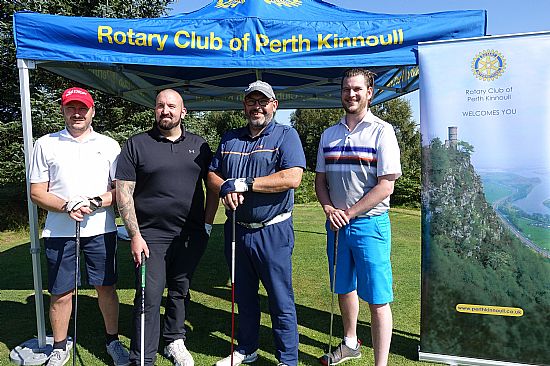 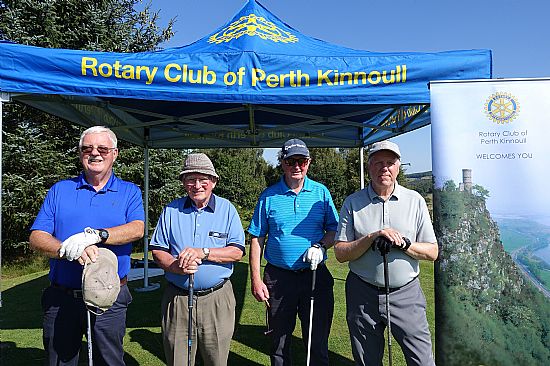 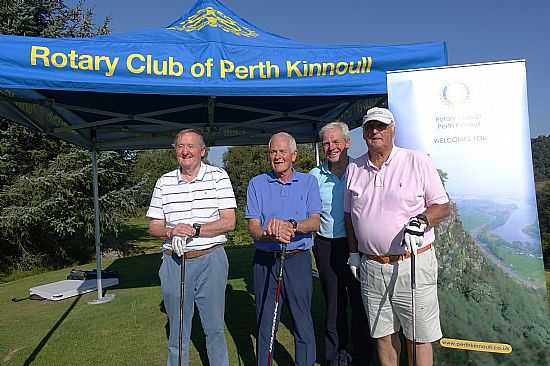 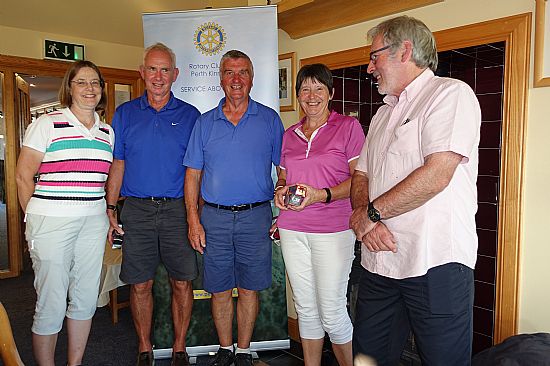 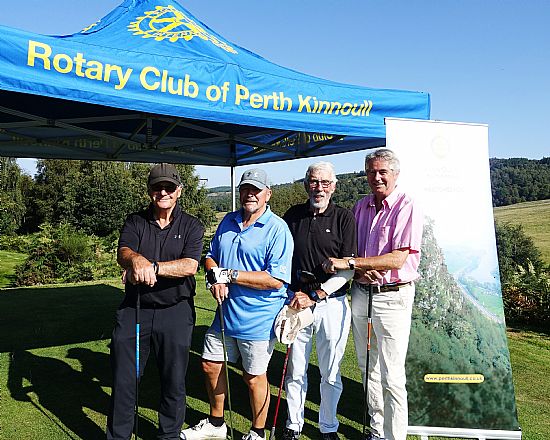 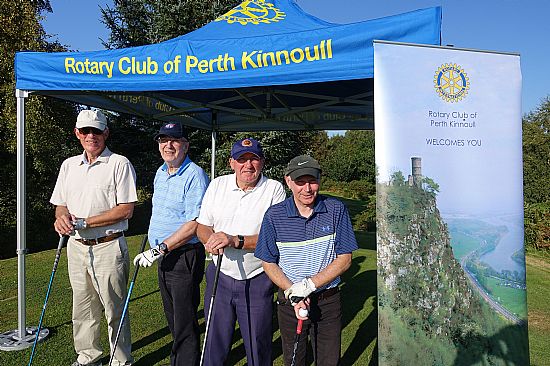 Wattie Barbour - Closest to the Pin 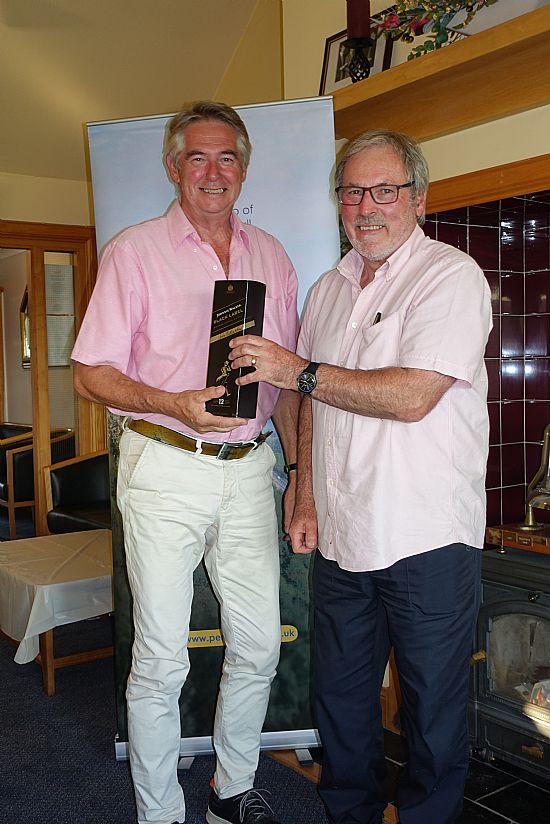 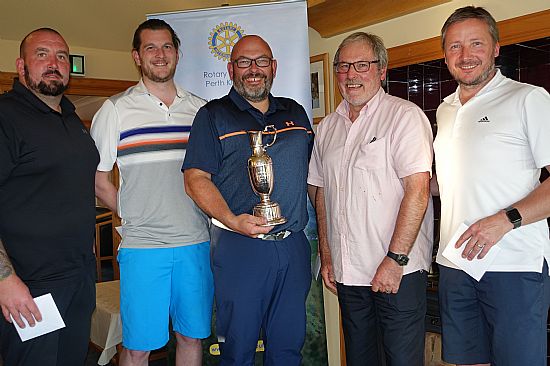