We were recently joined by Ben Gunn, a volunteer at the Perth Oxygen Therapy Centre based in a unit out at Scone Aerodrome.

Ben, a retired surveyor and also retired Rotarian, was a member and twice club president of the Rotary Club of Perth.

A thoroughly fascinating presentation was given, with a history given of the centre which was founded by Douglas Fulton who extended his life by over a decade after being diagnosed with a terminal illness and researched and undertook hyperbaric oxygen therapy.

Ben's presentation also showed a person with a particularly gruesome diabetic ulcer on the foot that was incurable by doctors but after a succession of hyperbaric therapy sessions had all but cleared.

Vote of thanks was given by Rotarian Willie Monks, who extolled the virtues of the centre by telling the club of the great benefit that his wife has had. Two of our fellow Rotarians also told of the benefit they have had for two completely different ailments. 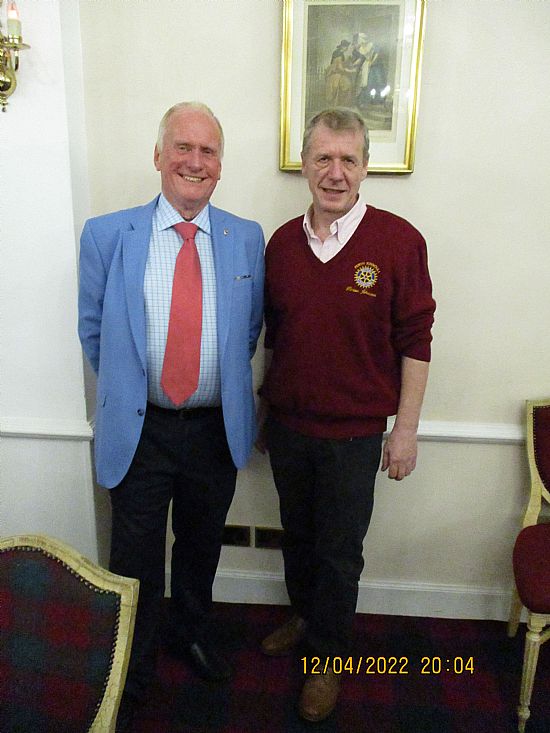